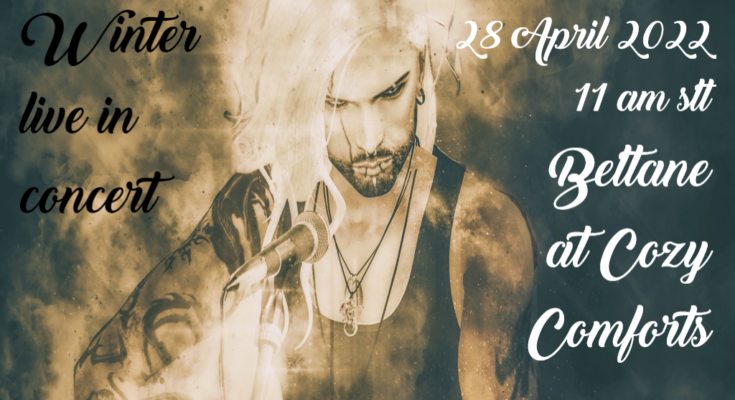 With Winter, you can be sure that you will only get a real live performance. There is no pre-recorded playback. You get all the little variances of his “in the moment” showing, as he radiates out to each of you that request his interpretation, the finest music in SL. Yes, my friend, WINTER IS HERE!

Beltane is the big witch holiday!

We will stream at Cozy Comforts Euphoria on the beach and a place in opensim that will be announced next week!

Beltane is mentioned in some of the earliest Irish literature and is associated with important events in Irish mythology. Also known as Cétshamhain (“first of summer”), it marked the beginning of summer and it was when cattle were driven out to the summer pastures. Rituals were performed to protect the cattle, crops and people, and to encourage growth. Special bonfires were kindled, and their flames, smoke and ashes were deemed to have protective powers. The people and their cattle would walk around or between bonfires, and sometimes leap over the flames or embers. All household fires would be doused and then re-lit from the Beltane bonfire. These gatherings would be accompanied by a feast, and some of the food and drink would be offered to the aos sí. Doors, windows, byres and livestock would be decorated with white or yellow May flowers, perhaps because they evoked fire. In parts of Ireland, people would make a May Bush: typically a thorn bush or branch decorated with flowers, ribbons, bright shells and rushlights. Holy wells were also visited, while Beltane dew was thought to bring beauty and maintain youthfulness. Many of these customs were part of May Day or Midsummer festivals in other parts of Great Britain and Europe. 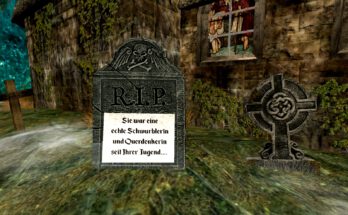 CC Grid on a new server